Once Upon a Time in Japan

There are many stories to be found in the hills and forests of the Nagano Prefecture. You just need to know where to look. Fables of enchanted Yokai, magical Kodama and mischievous sprites are as much a part of the land as the endangered flora and fauna that are now thriving. The majestic Mount Kurohime (Black Princess) takes its name from a time when eruptions, floods and tempests ravaged the land, and a black dragon fell in love with a beautiful princess.

So it should be no surprise that the Afan Woodland provides the stage for our own story. It was here in the tranquil wilderness that a man, an adventurer, a wrestler, a writer, a singer, a man of infinite wisdom and sagacity called Old Nic revealed the heart-warming, tongue-tingling powers of the Sansho berry to his family.

This small berry is what gives Kokoro its distinctive flavour. A citrusy zing balanced by a warm and peppery finish. It’s the soul of the forest, at the heart of our gin.

The Berry of Curious Qualities

The Sansho berry is a peculiar thing. You may not know it by name, but it is undoubtedly one of the world’s oldest seasonings. Indeed, the people of Japan have been harnessing its magical properties for over 3,000 years.

And magical it is, for Sansho is a natural flavour enhancer that stimulates the taste receptors in your brain, making everything taste better, from the bubbles in your tonic to the garnish in your glass.

The berries grow wild in the Afan Woodland in the Japanese Alps, where C.W.Nicol (aka Old Nic) introduced them to his nephew James in 2014. James immediately recognised the zingy combination of citrus and pepper was the perfect complement for gin, and Kokoro was born.

Today we pick the berries by hand at the start of the season when they are at their freshest, flash freeze them and pack them in dry ice back to the UK. 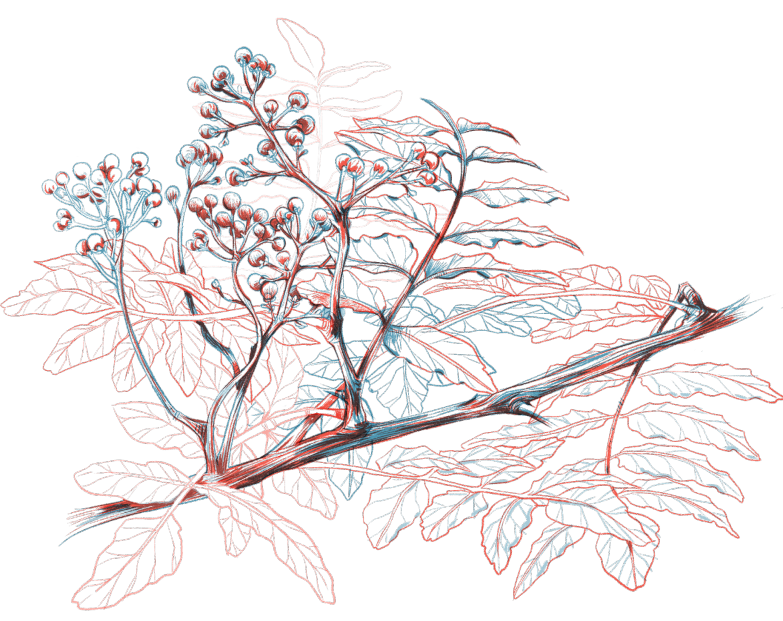 The Red Devil of Afan 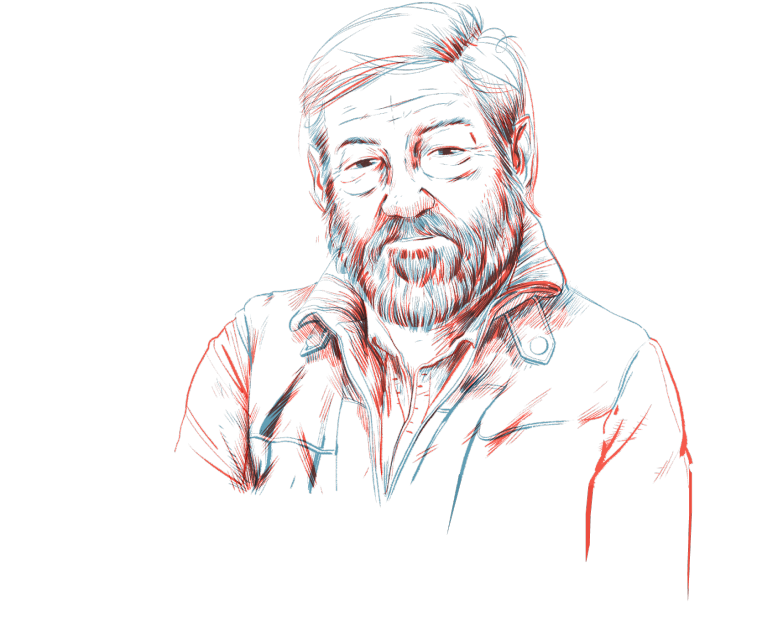 In a fairytale house in the heart of the Afan Woodland you’ll find a man of many lives. In his three score years and ten this proud Welshman has been an arctic explorer, a professional wrestler, a blackbelt master, an Inuit, a ranger, an advertising model, a writer of cook books and children’s stories, a TV presenter, a folk singer, a comedian and a conservationist. Locals fondly refer to him as the Red Devil, but to us Clive William Nicol always be Uncle Nic.

And while it’s tempting to talk about his past, it’s the future of the forest that has been Uncle Nic’s greatest adventure. For the past thirty years he’s used his own money to buy up over 30 hectares of neglected woodlands and restore them bit by bit to their natural state. In 2002 he donated the land back to the Japanese people, but the woods still hold clues to their former owner: Afan Ar Goed means ‘Valley of Woods’ in Welsh.

Thanks to Uncle Nic’s vision the forest is now thriving, and with endangered species returning to their natural habitat, it’s a land that will live happily ever after.

The Bottle of Forestial Heart

For life to flourish in the forest it requires a delicate eco-system: a rich and diverse group of organisms working in perfect harmony together. The same is true for Kokoro. The electrifying zing of Sansho berries provide the backbone for the flavour, but it is the careful balance of juniper, lemon peel, sweet orange, almond, angelica root, liquorice, savoury and coriander seeds that provide the ying for yang.

These are the unsung heroes of our story; the delicate botanicals that enrich and enhance the experience; the sublime subtleties that transport you to the heart of the forest.

And that’s exactly why we called our gin Kokoro: it means ‘heart’ in Japanese. Not the literal, beating heart, but the soul and essence of a place. The symbol on the front was drawn by master calligrapher Koshu and creates the sound of Ko ko ro in the Hiragana phonetic alphabet. Other touches that acknowledge our gin’s provenance are the symbols for ‘Mori no tamashi’ on the neck seal, which means ‘soul of the forest’, and a kodama – a forest spirit – on the top that changes form depending on which way up you look at it. 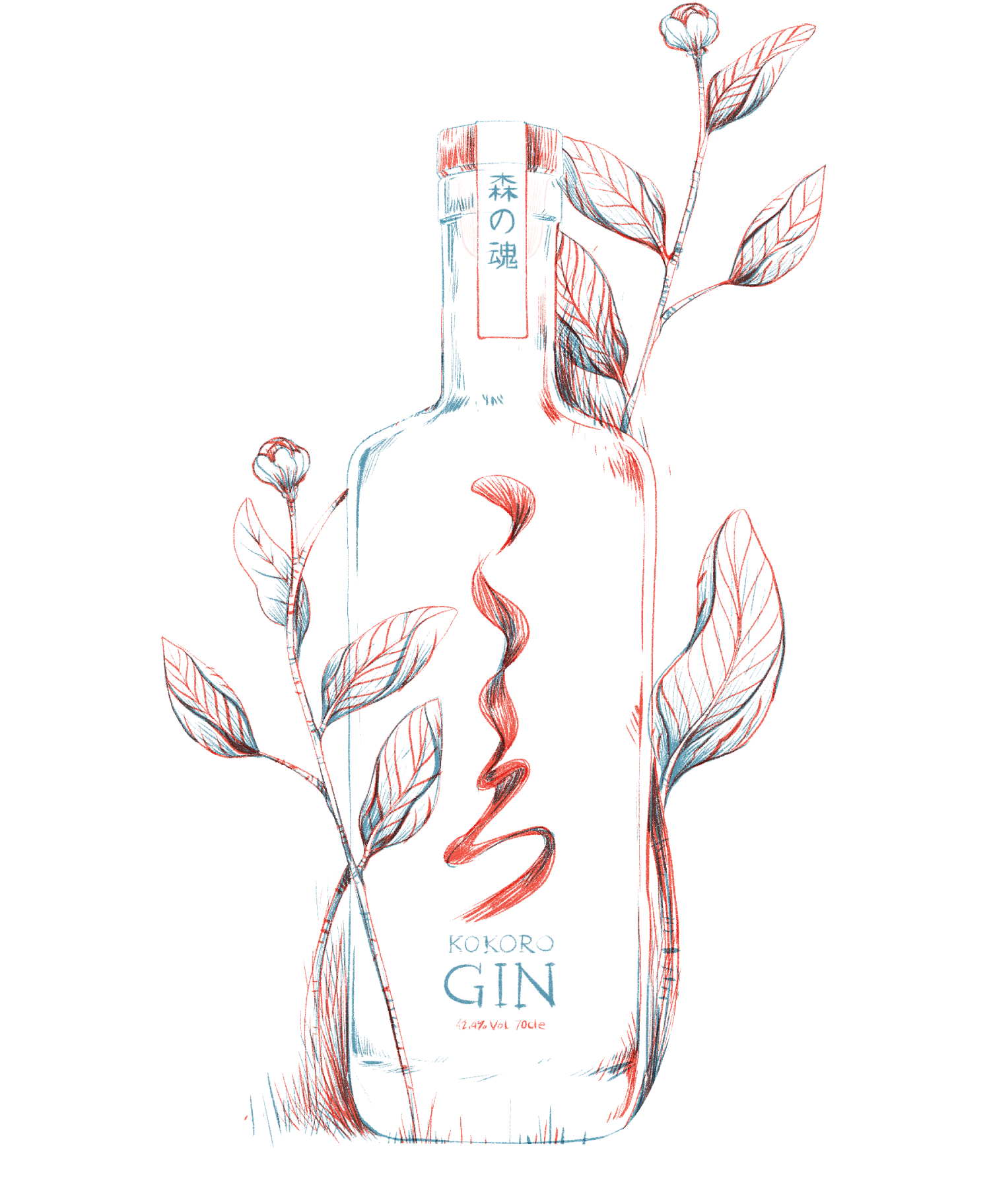 The Man of Notorious Tastebuds 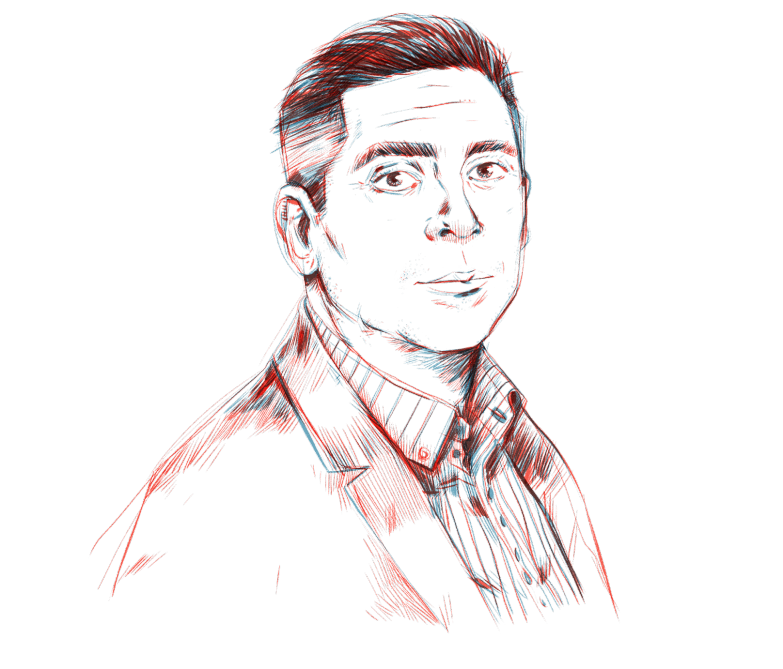 For many, the making of gin is to be considered an art. Others take the view it is undoubtedly a science, and it is here that we find one Mr James Nicol, founder of Kokoro and nephew of Old Nic. It was he who first experienced the electrifying epiphany of the sansho berry, and he who set off on a great quest to bottle its unparalleled delights.

Armed with nothing but eight botanicals and an unfathomable palate, Mr James’s journey took him to the brink of insanity before he arrived at his gin-based paradise. Today he balances the books at Kokoro rather than the botanicals, but his insatiable appetite for adventure sees him return to the Afan Woodland whenever he can.

The Wondrous Adventures of Mr Darnell

If James is the science behind the story, then his brother-in-law Mr Barry Darnell brings a refreshing wave of artistry to operations at Kokoro. This gentleman of visual delights and branding mastery can often be found during daylight hours behind the protective shield of a computer monitor, turning the mundane into the magical.

Barry was the first person James discussed the idea for Kokoro with and, using his experience within the on-trade and spirits sector, has helped create a brand as rich and distinctive as the gin itself. He still visits Japan as often as possible, but is as likely to return with a collection of kaiji monsters as he is a bag of sansho berries. 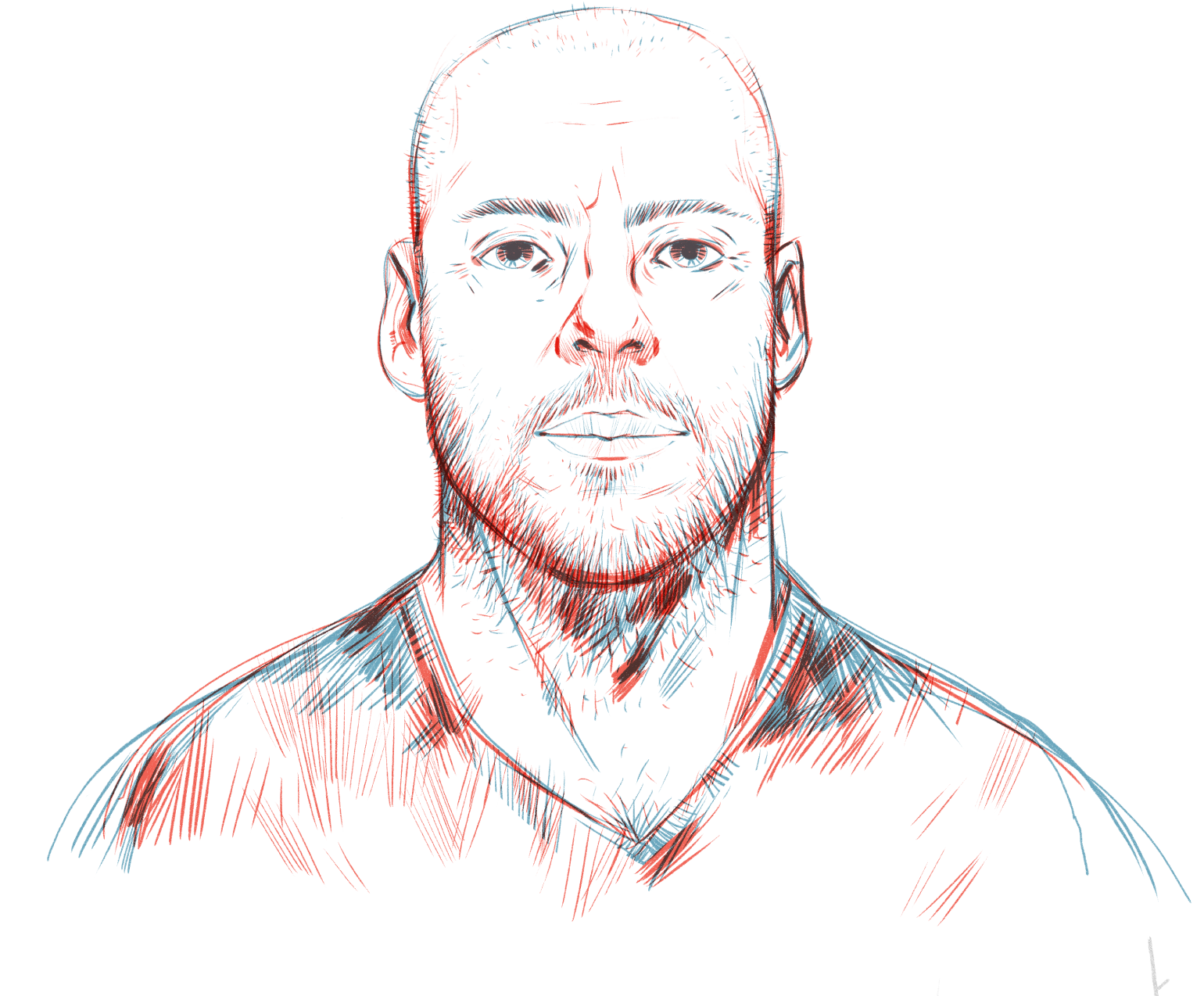 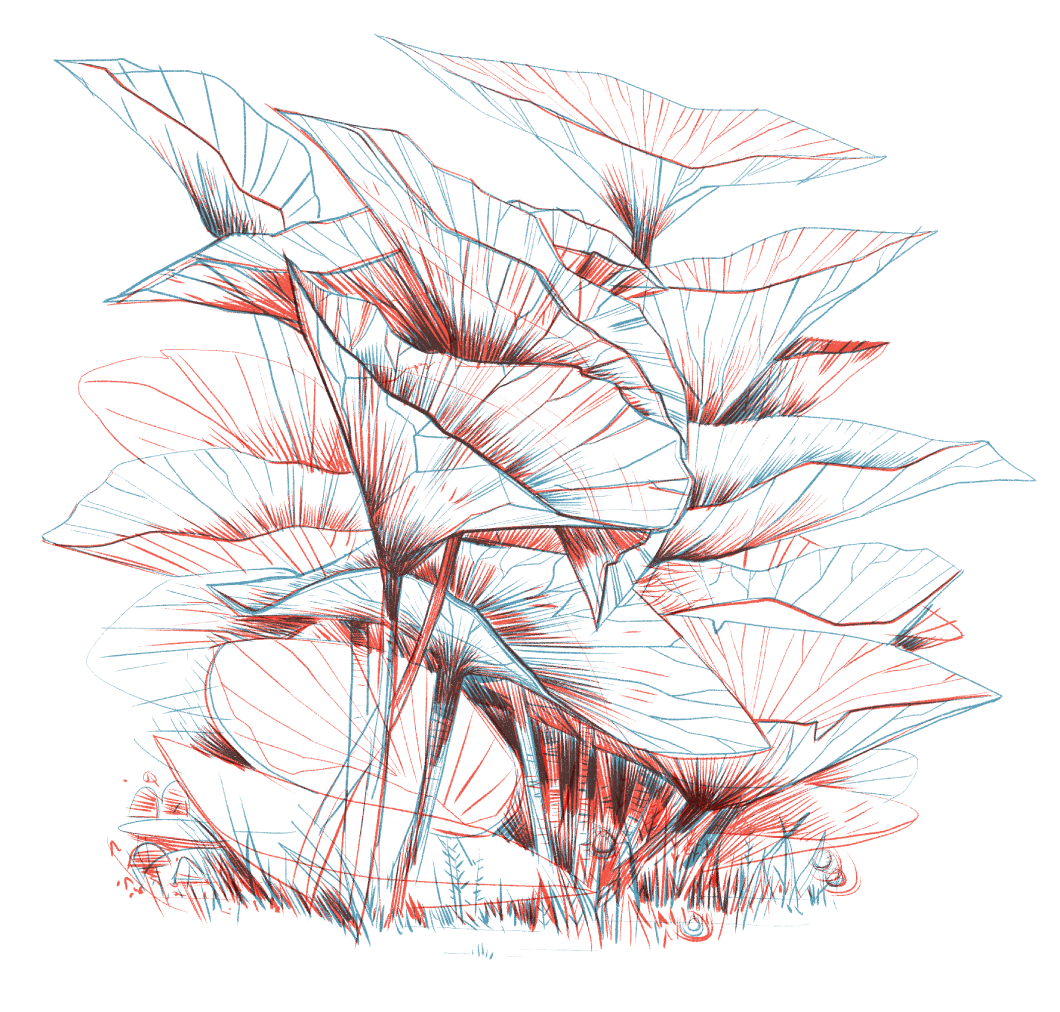