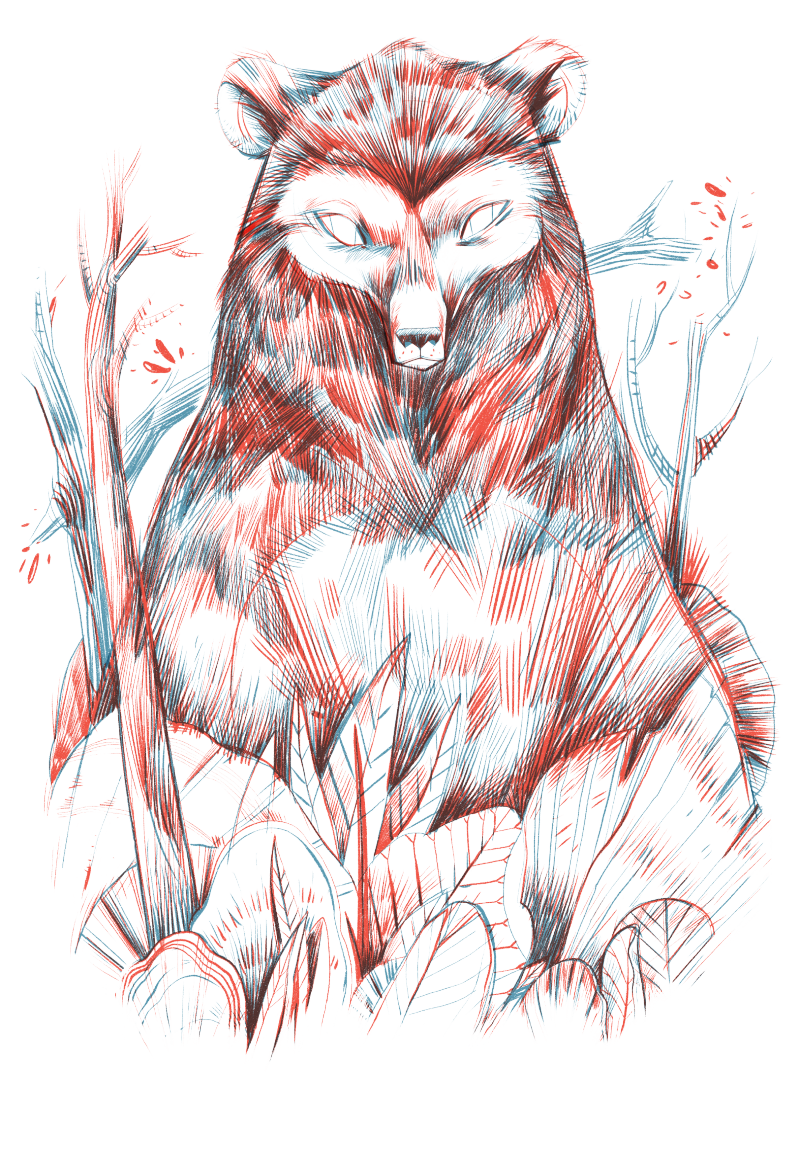 
As I sit in my study, listening to the rush and roar of the Torii River, following the heavy rains of yet another typhoon giving us a passing swipe, there is the occasional loud ‘donk!’ on the roof. Ripe chestnuts are now falling, and one of our animal species that will be most interested in these crunchy sweet treats will be the bears.

The bears are called ‘tsuki no wa guma’ in Japan due to the white, half-crescent ‘moon mark’ on their chests. They are small bears. In these parts a male bear weighing more than 100 kilos would be considered big. We generally have around five bears visiting our woods, depending on the season and the availability of food. They love honey and bee grubs, and will root out hornet and ant nests to get at those grubs too. On the whole though, they eat anything. We are careful not to leave edible garbage outside.

My staff and I will sometimes see a bear early in the morning, but so far, none of our guests has ever spotted one. They are very shy and avoid humans. I once caught a young bear that had made a rough nest high in a wild mulberry tree (of course they love those sweet black mulberries) and had slept in. He really looked embarrassed and seemed at a loss as to whether come down or not.

So far nobody has been hurt by a bear in our woods, although our forester got chased off by a mother bear with cubs. When we have groups of children coming into the woods we always walk around first. This will tell any bear to move away, and they do. I can smell a bear from a hundred yards away and they surely can smell me.

Once the snow comes they will move up higher to where there are still some really big hollow old beech and oak trees, there to spend the winter.
Far too many bears are killed in Japan, but they have a haven in Afan. Once, arguing for more protection of bears I was asked by the town mayor;
“Which is more important to you, bears or people?”

I shrugged and answered;

“Well, after all, there are lots and lots of people….”

I had a teddy bear when I was growing up as a little boy in Britain, and I still love bears, though not enough to try to take one to bed with me!