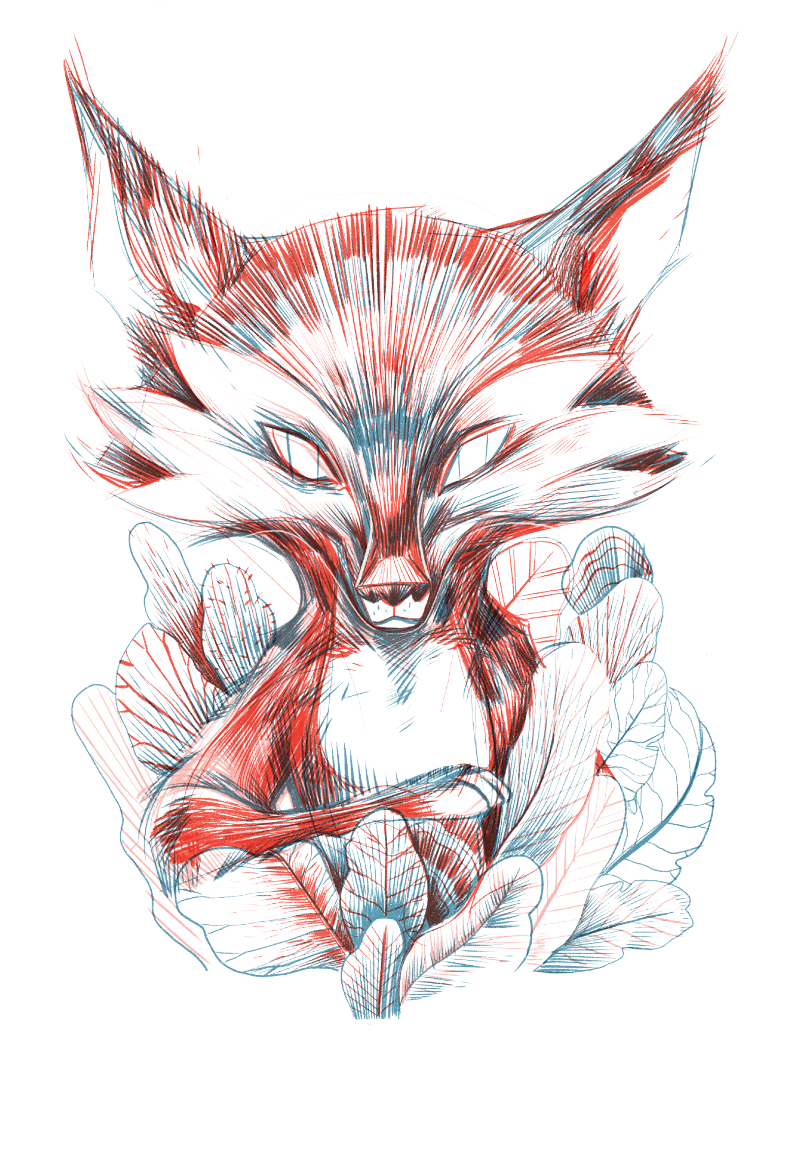 
Our foxes, unlike their smaller cousins in Hokkaido, do not change colour, but in winter, when the woods, pastures, fields and paddies are covered with snow they stand out dramatically, daintily stepping red dancers on a wide white stage.

In the Japanese countryside fewer people keep poultry nowadays, so the fox no longer has the reputation of being that sneaky chicken thief. Our foxes survive mostly on a diet of field mice, voles, the occasional hare, small birds and frogs. They will also eat insects, ripe fallen chestnuts, and berries. To me, foxes are beautiful to watch, and young foxes, far more curious than the adults, are the cutest of creatures!

However, I have to be careful about telling any country locals that I like foxes. They think that Old Nic is strange enough, but to admit to a liking of foxes could imply that I had been seduced by a shape changer, one of the foxes who serve as a messenger of the Rice God Inari.

Inari foxes can become the sexiest of women, easily deluding arrogant, self-important, pompously pious and therefore especially susceptible men. (Wait a minute, is that why I have spent so much of my life in the mountains of Japan….?) The belief that foxes can also possess a human woman and make her at the same time strangely attractive, crazy and astoundingly intelligent (and crafty) is still pretty prevalent among the older folk.  Whatever, I still like foxes, and what the hell, I’ll come out with it, old and grizzled though I may be, I do have a weakness for foxy ladies!