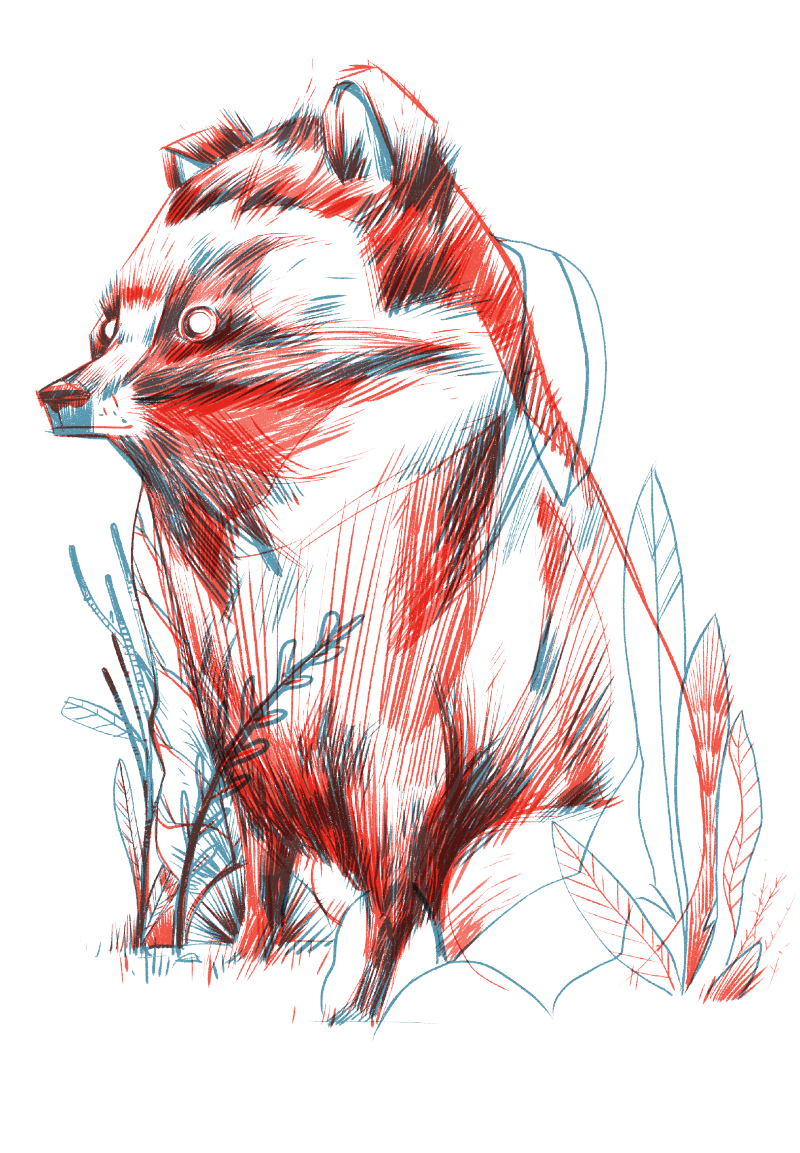 
I never call them raccoon dogs, they are not raccoons, and neither are they used to hunter or herd raccoons. Their scientific name is Nyctereutes procyonoides viverrinus. Now who would want to remember that? Every Japanese knows the tanuki, mostly from the legends of them being mischievous and often comical shape changers. Legend also has that they love sake, have bulging bellies and huge testicles. In traditional Japanese drinking places and inns you often see a pottery statue of a tanuki, with a flagon of sake over his shoulder on a thong, huge belly, huge testicles, and a silly grin. Whether the silly grin comes from the sake or the testicles one can only guess.

Ordinary wild tanuki do not have huge testicles, but their legs are shorter than those of the fox, so when they run they tend to waddle a bit. They are indeed mischievous and will eat almost anything, and are especially fond of sweet corn in our area.

Tanuki are burrowing animals, and will sometimes share a series of tunnels and underground dens with badgers. They have a peculiar habit of defecating in the same spot, in the woods, not in a flush toilet, so researchers can easily look at the poo and come up with the tanuki’s diet. The tanuki’s fur is warm and thus the animal was taken to Europe some time ago to raise for their fur. Some escaped and flourished and are now hunted as a pest. Tanuki skin is still used in the making of traditional bellows, such as is still used by our local knife and sickle maker.

In some parts of rural Japan tanuki meat was used to make stews. I’ve tried it and no matter how you treat it tanuki meat must be the smelliest wild meat I’ve ever tasted. Personally I could only get the stuff to go down with lots of sake. I will not try it with Kokoro gin, thank you.