As Kokoro’s first appearance at the Blackpool Gin Festival, we were more than excited to be back in our hometown. Based within the beautiful setting of the Tower Ballroom, we instantly knew it would be a festival to remember. We were situated on the balcony above the ballroom so we had great views of the ballroom itself and of course the stage for the band. Our neighbours for the weekend were Brockmans Gin and the newly launched Schweppes 1783, whilst across the balcony were the ever present Tinker Gin as well as Belgium’s PJ Gin. 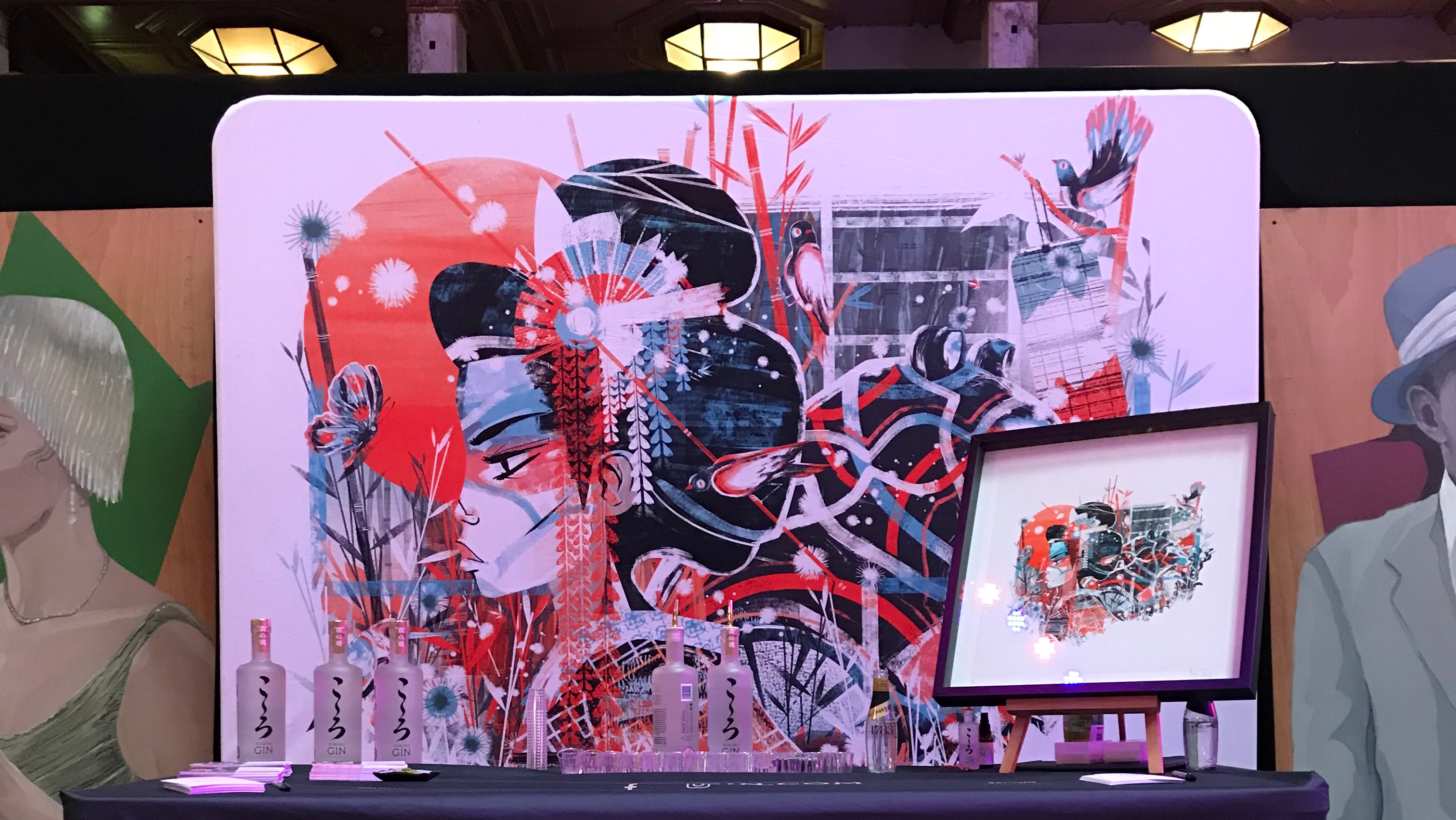 Four sold out sessions of gin sampling, drinking, dancing and eating. Friday night kicked off the proceedings and to say it was busy would be an understatement. Fellow Sandgronians were out en masse to sample the hundreds of gins that the Gin Festival had on offer, and sample they did!! The feedback we got for Kokoro was phenomenal but also very humbling as our sansho berries went down a storm. So much so, the bottle shop girls were incredibly busy restocking the shelves and giving the lucky purchasers a complimentary Kokoro pin badge.

Barry was flying the Kokoro flag for us to deliver the weekend’s Masterclasses, in the Tower Circus no less! He also got to watch Dan from Tinker and Mike from Brockmans deliver their Masterclasses and understand how different they all are in presentation. 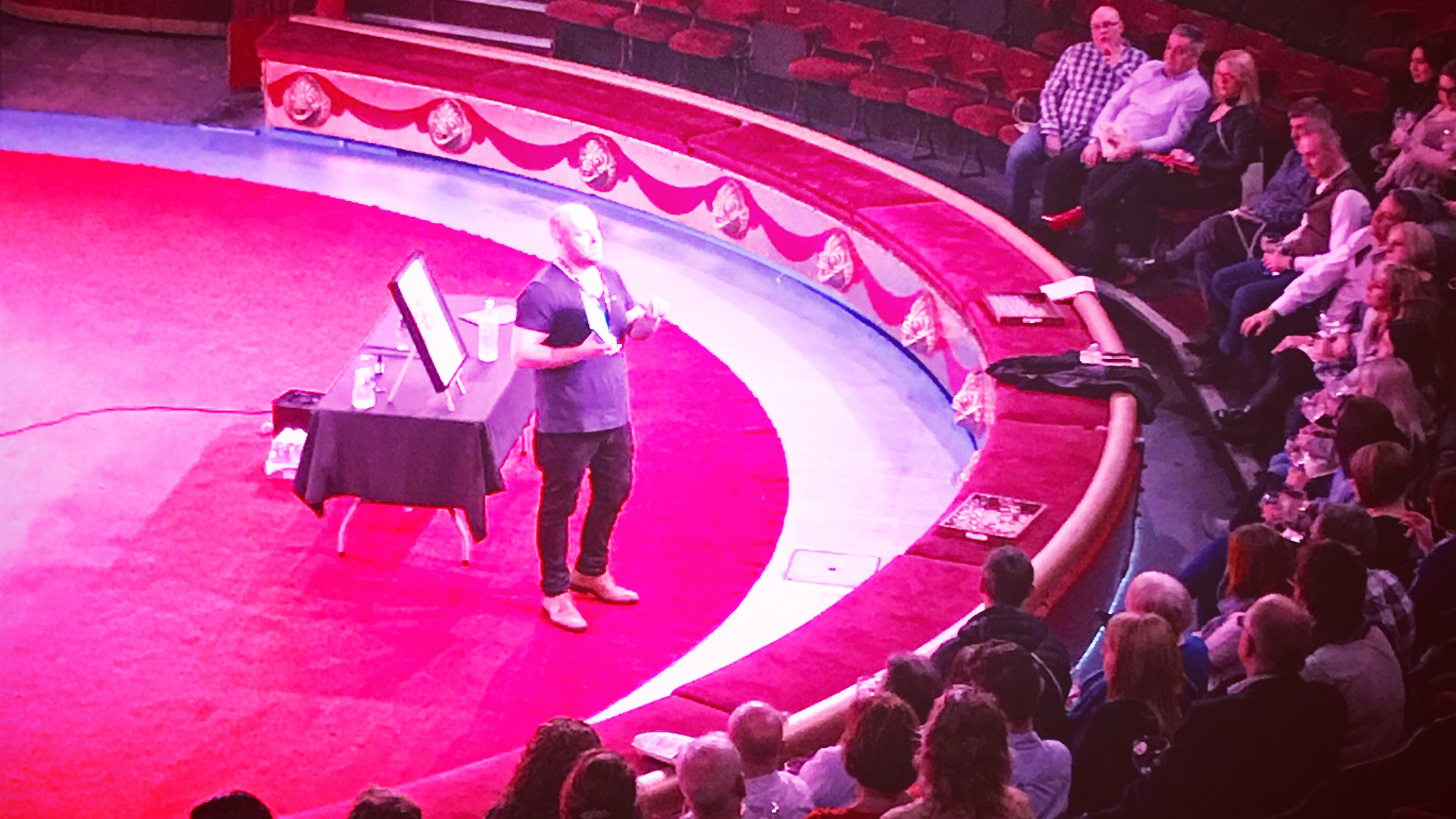 The general consensus about the new 1783 range from Schweppes was extremely positive and well received. The guys manning the booth were very lovely people too. We find that the Crisp Tonic Water works best with Kokoro although all the new flavours bring something different.

There were many highlights of the weekend including bumping into old friends and of course making new ones. Possibly the most memorable part was the pantomime horse and his film crew gatecrashing the Sunday session. A forlorn looking horse being escorted out by security is something we will remember for a long time to come.

Blackpool you definitely rocked and we are sure we will add the Blackpool Gin Festival to our list for next year.

Moving Zen: Karate as a Way to Gentleness

You may or may not know that our Uncle Nic, as well as being an avid conservationist (amongst other things) is an extremely talented author. One of his most famous printed works is Moving Zen: Karate as a Way to Gentleness which is the biographical account of C.W.’s journey into the heart of Shotokan Karate. The book itself is an international best seller and has been reprinted numerous times since it was first published in 1975.

C.W. has had a strong voice in Japan with regards to all things environmental, having been sat on a panel for the Japanese Minister of the Environment in the late 1980’s. One of the issues he brought too the fore, was the lack of trained national park rangers, so he submitted a plan to establish a college. In recent years however, he was discovering more and more that new students didn’t have the outdoors experience. He and his staff initiated a program to bring children from orphanages for three days of play in the woods.

Uncle Nic is a huge part of our story, as if it were not for him, we would never have discovered our fantastical sansho berries. The Afan Woodland Trust has been his life’s work, read about it in his own words here

We’re looking for a passionate and ambitious Brand Ambassador to join our UK team. Could this be you? Get in touch at sales@kokorogin.com.

As Kokoro’s first appearance at the Blackpool Gin Festival, we were more than excited to be back in our hometown. Based within the beautiful setting of the Tower Ballroom, we instantly knew it would be a festival to remember. We were situated on the balcony above the ballroom so we had great views of the ballroom itself and of course the stage for the band.

Recently we had the pleasure of hosting a Kokoro dinner at Nippon Kitchen in Glasgow where we told tales of the forest, ate some excellent Japanese food paired with three of our favourite Kokoro cocktails. We started the night with the Kokoro perfect serve, G&T with a twist of lemon and a big sliver of fresh ginger. Sansho berries are at the heart of Kokoro Gin, and when they’re fresh like we use in our distillation, they are wonderfully aromatic and with loads of citrus flavour with a gentle warming spice…