Recently we had the pleasure of hosting a Kokoro dinner at Nippon Kitchen in Glasgow where we told tales of the forest, ate some excellent Japanese food paired with three of our favourite Kokoro cocktails.

We started the night with the Kokoro perfect serve, G&T with a twist of lemon and a big sliver of fresh ginger. Sansho berries are at the heart of Kokoro Gin, and when they’re fresh like we use in our distillation, they are wonderfully aromatic and with loads of citrus flavour with a gentle warming spice. I always tell people to experiment with their garnishes; the fun is in the discovery. Any citrus garnish with some warming spice is perfect, but my favourite is lemon and ginger with a quality light tonic water.

The meal began with a mix of chicken, vegetable and seafood gyoza with sansho dipping sauce paired with our Tanuki cocktail.

There are many legends about Tanuki, these mischievous shape-changers, and they are said to use their magic to take human form to buy alcohol and other delicacies. In the deep mountain snow of the Afan woods, the snow clings to their belly fur, and they run with a funny waddling gate, perhaps this is why they’re characterised across Japan as having big magic testicles! Outside many taverns in Japan, you’ll find a lucky tanuki statue complete with big balls and a flagon of sake.

Nagano Prefecture is famous for fruit and at the end of summer produces the most fabulous peaches. For our Tanuki cocktail, we take Kokoro and add lemon and ginger ale and add a little peach liqueur with some of the tanuki’s favourite tipple, sake. The combination of Kokoro with late summer peach and ginger with a hint of the fermented flavour of sake is perfect with the flavours of the gyoza.

Next up, salmon and sea bass sashimi paired with our Tsuki no wa Guma cocktail.

There are about half a dozen black bears that frequent the Afan woods, they’re very shy and relatively small for a bear, typically weighing at less than 100 kilos. One of the Trust’s projects brings troubled inner-city kids to the woods where they’re allowed to explore and be free. The rangers take a walk around the forest before the kids arrive and that’s enough to keep the bears away. It’s hard to stumble across a bear they’re sense of smell and hearing are very acute. They love honey and bee grubs and will root out hornet nests to get at their grubs as well, in fact, you can’t wear black in the forest in the summer as the big nasty Japanese hornets will mistake you for a bear and give you a nasty sting. 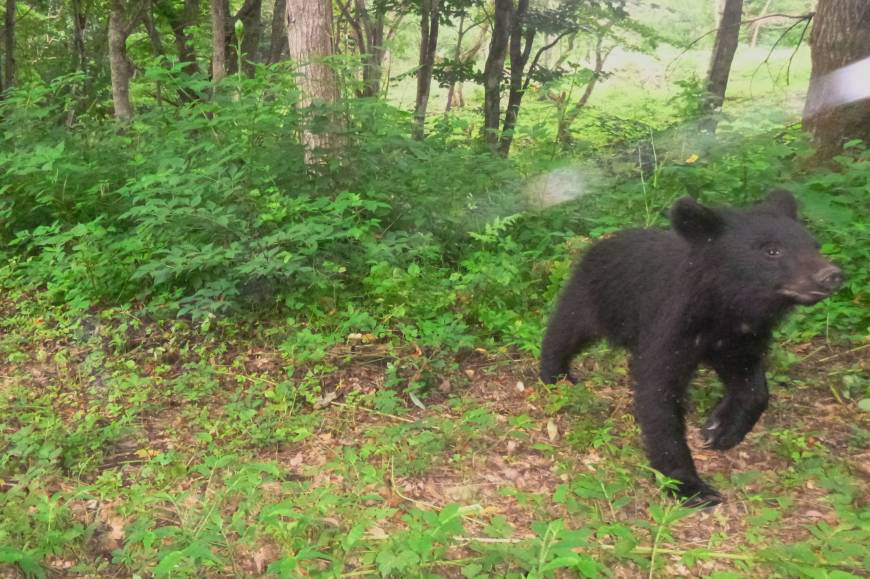 For our Tsuki no wa Guma cocktail we take Kokoro and add traditional Japanese green tea sweetened with floral honey to produce a delicate drink that pairs beautifully with sashimi.

For our final course, we had flamed Scottish beef nigiri & Japanese eel nigiri served with fresh sansho berries and paired with Inoshishi cocktail.

With so many edible plants in the Afan forest, there are lots of wild boars. Up until about ten years ago the snow would be as much as five meters deep in the winter, and there would still be snow as late as June, but there’s far less snow now, so both deer and wild boar are thriving. In Japan, they’re symbols of recklessness, fertility and prosperity and people would keep a clump of boar hair in their wallet believing it would bring them money. Wild boar have long been part of the Japanese diet and when Emperor Tenmu banned the consumption of animal meat in 675 wild boar was called ‘mountain whale’ and exempt from the ban. 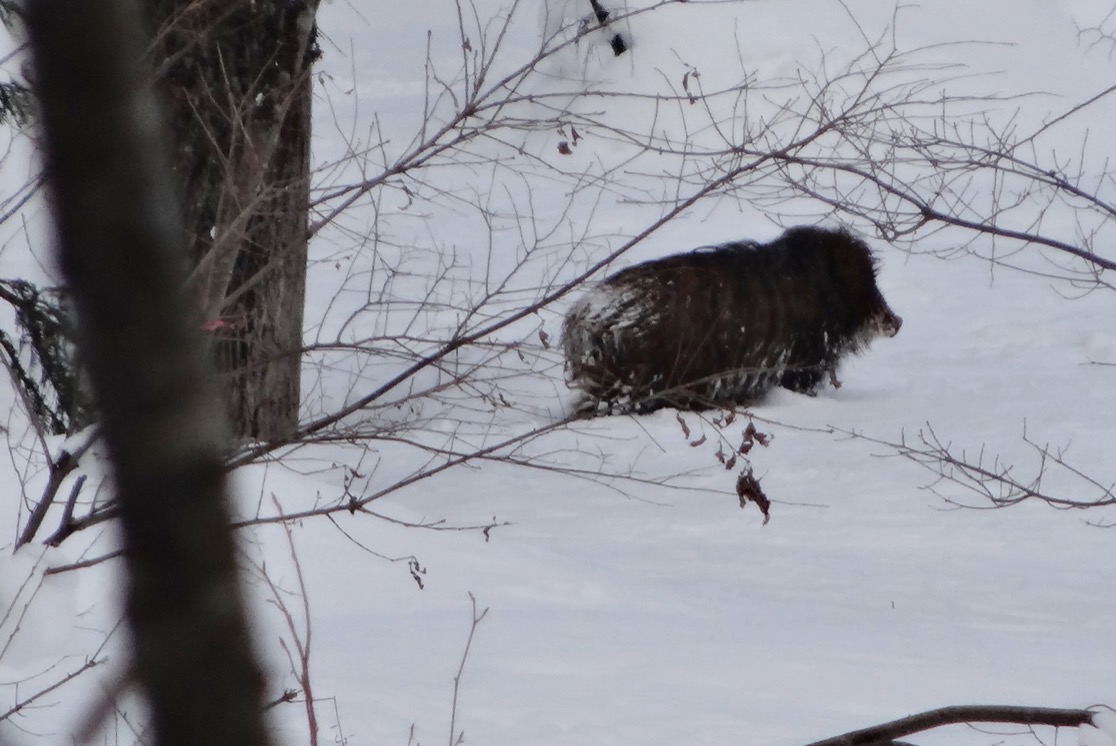 Our Inoshishi cocktail is inspired by these robust creatures and works perfectly with rich food like the beef and eel nigiri. We take Kokoro and add a blend of Aperol and Campari to get the right level of bitterness, sweetened with the dark fruit flavours of traditional Japanese plum liquor finished with sake and the slightest touch of vinegar to provide a touch of acidity.

I had a fantastic night, what’s better than great food with delicious cocktails and great company. I hope our guests enjoyed it as much as I did.

Moving Zen: Karate as a Way to Gentleness

You may or may not know that our Uncle Nic, as well as being an avid conservationist (amongst other things) is an extremely talented author. One of his most famous printed works is Moving Zen: Karate as a Way to Gentleness which is the biographical account of C.W.’s journey into the heart of Shotokan Karate. The book itself is an international best seller and has been reprinted numerous times since it was first published in 1975.

C.W. has had a strong voice in Japan with regards to all things environmental, having been sat on a panel for the Japanese Minister of the Environment in the late 1980’s. One of the issues he brought too the fore, was the lack of trained national park rangers, so he submitted a plan to establish a college. In recent years however, he was discovering more and more that new students didn’t have the outdoors experience. He and his staff initiated a program to bring children from orphanages for three days of play in the woods.

Uncle Nic is a huge part of our story, as if it were not for him, we would never have discovered our fantastical sansho berries. The Afan Woodland Trust has been his life’s work, read about it in his own words here

We’re looking for a passionate and ambitious Brand Ambassador to join our UK team. Could this be you? Get in touch at sales@kokorogin.com.

As Kokoro’s first appearance at the Blackpool Gin Festival, we were more than excited to be back in our hometown. Based within the beautiful setting of the Tower Ballroom, we instantly knew it would be a festival to remember. We were situated on the balcony above the ballroom so we had great views of the ballroom itself and of course the stage for the band.

Recently we had the pleasure of hosting a Kokoro dinner at Nippon Kitchen in Glasgow where we told tales of the forest, ate some excellent Japanese food paired with three of our favourite Kokoro cocktails. We started the night with the Kokoro perfect serve, G&T with a twist of lemon and a big sliver of fresh ginger. Sansho berries are at the heart of Kokoro Gin, and when they’re fresh like we use in our distillation, they are wonderfully aromatic and with loads of citrus flavour with a gentle warming spice…